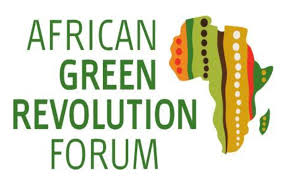 More than 400 global and African leaders are this month-end expected to assemble in Lusaka for a high-level meeting aimed at developing concrete investment plans for driving Africa’s agricultural makeover.

Zambia, a leading agro nation, will for the first time host the annual Africa Green Revolution Forum (AGRF) from September 29 to October 2, 2015.

For the next four Wednesdays, starting today, we will feature the AGRF 2015, a four-week column focusing on the international meeting.

Sponsored by the Alliance for Green Revolution in Africa (AGRA) the column is a culmination of the preparatory efforts of the alliance and this paper, for the conference.

The AGRF 2015, which is the fifth edition, will be co-hosted by the Government of the Republic of Zambia through the Ministry of Agriculture and Livestock as well as the Common Market for Eastern and Southern Africa (COMESA).

According to documents from AGRA, the theme for this year’s forum is: “Walking the Talk on Youth and Women-Bringing Inclusive Agricultural Markets to Life.”

“We are happy to announce that the dates for AGRF 2015 have been confirmed for September 30, 2015 to October 2, 2015 co-hosted by both the Government of Zambia and the Common Market for Eastern and Southern Africa (COMESA).
“The Alliance for Commodity Trade in Eastern and Southern Africa (ACTESA) has been designated as the local supporting agency by COMESA Secretary General,” states a statement by AGRA.

The theme is apt in that it resonates well with the African Union (AU) declaration of 2015 as the “Year of Women’s Empowerment and Development towards Africa’s Agenda 2063.”

Last month, AGRA president Agnes Kalibata was in the country as a lead-up to this year’s forum, which starts this month-end.

While visiting Zambia, Dr Kalibata met, among other leaders and stakeholders, Republican Vice-president Inonge Wina and Agricultural and Livestock minister, Given Lubinda.

They discussed various issues which I will be able to delve as we proceed with this forum.
It, however, suffices to say on his part, Mr Lubinda confirmed the Zambia Government’s commitment to partnering with other African leaders and organisations in the transformation of the country’s and continent’s largest employer – agriculture.

Generally, the AGRF is aimed at providing a critical and broad African podium to discuss policy and practices.
It is further aimed at harnessing initiatives and partnerships which are aimed at ensuring food security, reducing poverty and spurring profitable and sustainable agriculture growth.

The growth will improve the lives of smallholder farmers across the vast continent.
AGRF is technically and financially supported by an AGRF Partnership Group.

Others are AGCO International, African Development Bank (AfDB) and the Food and United Nations Agriculture Organisation of the (FAO),

In Zambia, AGRA is working with several financial partners, its grantees, and the government to bolster smallholder productivity and incomes.

We will in the course of this column look at some of the ways in which the alliance has been supporting the agricultural sector in the country.

For the 2015 AGRF, the invitees include representatives of the Government especially from key ministries like finance and agriculture across Africa, regional bodies like the AU, COMESA, the NEPAD and farmers organisations across the continent.

Others are key private and public sector organisations, international organisations within the region, key banking institutions from across Africa, the civil society, and of course, the media.

In the coming weeks we will look into various issues concerning both the conference and the organisations involved as well as how the host country, Zambia, stands to directly benefit from this forum.