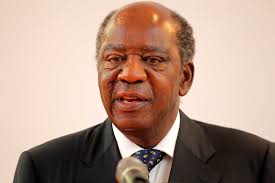 Government has called on commercial banks to increase the flow of credit to productive sectors of the economy to achieve sustainable growth.

Finance Minister Alexander Chikwanda said stepping up credit to the productive sectors was more pertinent given the current economic challenges which clearly points to the need for the country to diversify.

Mr Chikwanda said economic diversification and industrialisation would not occur in earnest until dedicated credit was allowed to flow to such sectors like agriculture and agro processing, manufacturing, tourism and among others.
“Credit which is a necessary driver of productive activities in all these sectors has unfortunately not been adequate enough to support their sustainable growth,” Mr Chikwanda said.

Mr Chikwanda said the Government had in the past four years invested in the expansion of infrastructure with the view to removing some of the constraints that the infrastructure deficit has imposed on the smooth growth of agriculture and tourism.

Mr Chikwanda said it was important for the private sector to seize the opportunities that Government continues to create by embarking on various investment projects and business ventures.
He said for any country to grow the economy to high levels, investment in capital formation was an inescapable imperative.

“Our low level of development is directly attributable to negligible levels of investment. As Government our capacity to marshal appropriate amounts of resources for investment in the economy is limited,” Mr Chikwanda said.
He commended Barclays Bank for opening a branch in Solwezi as this would provide superior banking services to the people.

Barclays Bank managing director Saviour Chibiya said the bank had invested about K3.5 million to set up the state of the art bank in Solwezi.

“We are the biggest lender in Zambia and we have so far given out K3.6 billion to the various sectors of the economy including the Small and Medium Entrepreneurs and individuals,” he said.

Farmers facing loss due to commodity oversupply in the market