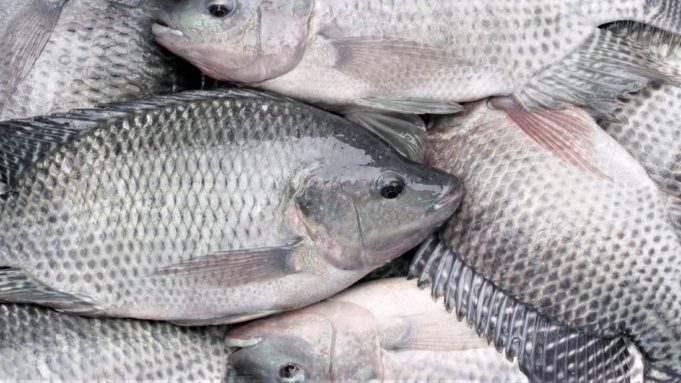 Fish and other aquatic foods are integral to diets for more than 1 billion people worldwide. Most of these people live in low- and middle-income countries in Africa, Asia and the Pacific, close to rivers, lakes or the sea.

In these regions, foods like fresh and dried fish are central to local cuisines, and are often cheaper or more available than alternatives like eggs, dairy products and fruit. These “aquatic superfoods” pack an outsized punch as rich sources of micronutrients that are essential to human health and cognitive development.

Nonetheless, aquatic foods are often on the margins of mainstream agricultural research, nutrition policies and development strategies. Traditionally, global development thinkers have focused on staple crops and livestock as solutions to hunger.

On May 11, 2021, the World Food Prize Foundation announced that its 2021 laureate is Shakuntala Haraksingh Thilsted, a nutrition scientist who in my view has done more than anyone to draw attention to the essential but often overlooked role of aquatic foods in sustainable healthy diets. This US$250,000 prize is often referred to as the Nobel Prize for food and agriculture. It was established by Norman Borlaug, winner of the Nobel Peace Prize in 1970 for his work in global agriculture.

This year’s award recognizes Thilsted’s four decades of work to improve nutrition and health for millions of malnourished children and their mothers in Asia and Africa. As an aquaculture researcher who works closely with Thilsted, I believe this award spotlights the need to prioritize fish and aquatic foods in nutrition policies and actions, nationally and globally.

Shakuntala Thilsted was born in Trinidad and Tobago, where she started her pathbreaking career as the only woman employed in the Ministry of Agriculture, Lands and Fisheries. After moving to Denmark, she completed a Ph.D. at the Royal Veterinary and Agricultural University, where she later went on to lead the Department of Animal Physiology.

Moving to Bangladesh in the late 1980s, Thilsted worked at the icddr,b, an institute formerly known as the International Centre for Diarrhoeal Disease Research, which treated more than 6,000 malnourished children annually. As a young mother of two children, she was instinctively concerned about child health and nutrition and began investigating measures to prevent malnutrition using locally available and culturally acceptable foods.

Extensive time in the field designing and implementing a nutrition rehabilitation program allowed Thilsted to understand what foods people were eating and how. Listening to women talk about the importance of eating small fish for good health and eyesight piqued her interest in their nutritional value. This insight provided the catalyst for the next three decades of her research career.

On returning to Denmark, Thilsted began teaching graduate students at the University of Copenhagen to analyze micronutrients in fish from Bangladesh. This research revealed that many species of small fish are rich in nutrients that are important for human health.

One fish in particular, mola (Amblypharyngodon mola), was found to contain extremely high levels of vitamin A, which is important for vision, the immune system and reproduction. Armed with this growing body of evidence, Thilsted set out to increase consumption of small fish, especially for mothers and children.

Aquatic foods are particularly important from conception to a child’s second birthday. Not consuming enough micronutrients such as iron, zinc, vitamin A and vitamin B12 increases the risk of illness, maternal and infant mortality, stunting and poor cognitive performance. Undernutrition accounts for up to 45% of all preventable child deaths.

In 2010, Thilsted joined the international research institute WorldFish. She returned to Bangladesh to work at scaling up “nutrition-sensitive approaches” to fish production, building on insights from her earlier research.

Her previous work showed that small fish like mola grow well in farm ponds alongside larger fish such as carp. Simple changes to the way small fish were harvested from ponds, such as using different types of fishing net, increased women’s role in their production. Raising small fish in this way proved be a highly cost-effective way of reducing the burden of malnutrition.

Thilsted also began investigating ways to deliver micronutrients to mothers and children using fish-based products such as powders, chutneys and wafers as a culturally appropriate way to enhance their diets. WorldFish has promoted these innovations widely to countries including Cambodia, India, Myanmar, Nepal, Malawi, Sierra Leone and Zambia.

Thilsted has worked tirelessly to translate key insights from her research into public policy. This has included partnering closely with governments, such as the State Government of Odisha, India, which recently began including dried fish in food rations that it provides to vulnerable groups.

She also has advised an array of high-profile international organizations, including the Food and Agriculture Organization of the United Nations, the U.S. Agency for International Development, the International Fund for Agricultural Development and UNICEF. Her efforts have raised awareness of the value of aquatic foods in healthy food systems and fostered broader commitments to supporting this transformative role.

Thilsted has lived for many years in the countries where she seeks to create positive change. She is passionate about spending time in the field, observing carefully and asking the right questions.

This spirit of inquiry and extensive hands-on experience, combined with high standards of academic rigor, have given rise to many of her most important insights. For example, she found that wild capture fisheries and fish farming can both make highly complementary contributions to food and nutrition security.

As I have seen firsthand, Thilsted also has a unique ability to connect with people irrespective of their social status, from women farmers in rural Bangladesh to high officials at the United Nations. Generations of young scientists, myself included, have flourished under her mentorship and have been inspired by her remarkable vision, persistence, generosity and commitment to nourishing people and the planet.