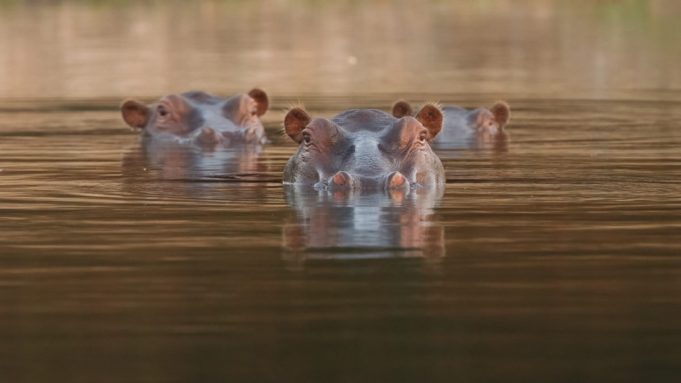 Conservationists have warned that plans to build a massive commercial farm next to a national park in Zambia might have a “catastrophic” impact on wildlife, threatening important habitat for bats migrating in the world’s largest animal migration.

Every October, tens of millions of straw-coloured fruit bats from all over Africa descend on the evergreen swamps of Kasanka national park in central Zambia, feeding on figs, fruit, and berries in the area and dispersing seeds across Africa on their epic trek. There are 479 bird species and 114 animal species in the park.

But the clouds of flying mammals that fill the sky could disappear entirely, park officials have warned, if proposals for wheat, soya and maize farming over 7,000 hectares (17,500 acres) in the buffer zone surrounding the protected area are approved.

Lake Agro, owned by a Tanzanian conglomerate, has put forward plans to establish the farming operation roughly two miles (3km) from the national park’s borders, which would mean clearing thousands of hectares of pristine habitat and drawing on water from the nearby Luwombwa River.

Park officials say the project, which is being considered by the Zambian government, is an existential threat to the wildlife and could destroy the sustainable tourism businesses that are a key source of income for local communities. They have proposed that an alternative site is found for the farm away from the national park.

Lake Agro has not responded to a request for comment.

“The income from the bats creates direct employment for local people,” said James Mwanza, general manager of the Kasanka Trust, which co-manages the protected area. “This project not only has the potential to kill Kasanka national park but also the image Zambia has in terms of tourism management.”

In a letter to Zambia’s Environmental Management Agency, backed by several environmental organisations, Kasanka Trust said that it had not been consulted about the proposals and raised concerns about the quality of an environmental assessment submitted for the farm.

Mwanza said that if the farm were approved, it would open the buffer zone surrounding the park to more commercial farming, which could have “catastrophic” and “irreversible” impacts on the Luwombwa River, Kasanka and the straw-coloured fruit bat migration.

Chuma Simukonda, managing director of Zambia’s Department of National Parks and Wildlife, said that while he welcomed investment in Zambia’s agricultural industry, another site for the commercial farm must be found.

“We understand farming is a good thing. This kind of investment is, of course, good for Zambia, because it is development, it brings employment and it will certainly increase the food basket,” he said.

“However, it is happening in the wrong place. We would desire that they move to an area that is close to where they’ll be no conflict at all between wildlife management and agriculture production.”