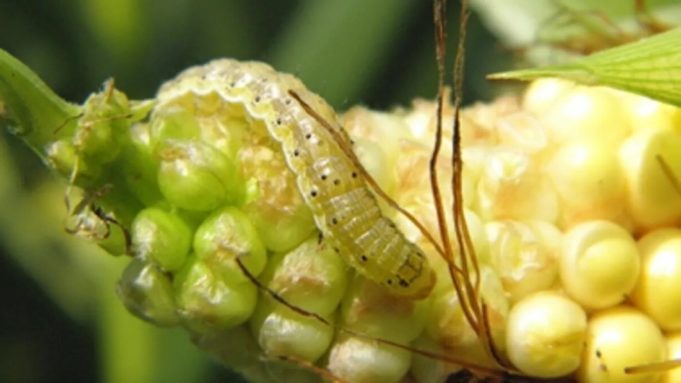 Patricia Munwela’s home was inundated during an unexpected flood, sweeping away her belongings. And just when the floodwater had receded, pests invaded her maize field, destroying her entire crop.

“We lost our crops. Everything was destroyed,” said the 45-years-old small-scale farmer in Sikaunzwe, a remote village in Kazungula District in southern Zambia.

The mother of five said flooding is so rare in her village that she can’t remember a similar disaster in her lifetime. “We are constantly hit by drought in this area. What should have been a blessing turned into a nightmare,” she lamented.

With much of Zambia’s rural population dependent on rain-fed agriculture, the negative impacts of weather extremes are felt by all. But with the help of a United Nations-backed project locally known as SCRALA, farming communities are fighting back – building more on-the-ground resilience to climate change – a phenomenon Patricia reckons, has come to stay.

Like thousands of other residents of the area – and millions of small-scale farmers across Zambia – Patricia is struggling to cope with increasingly wild weather, including unexpected swings between droughts and floods. She also struggles with pests and crop diseases.

That was until a year ago when a United Nations Development Programme (UNDP)-led partnership involving FAO and WFP with the Government of Zambia through the Ministry of Agriculture introduced the ‘Conservation Agriculture’ initiative in her village. With the help of 15 UN Volunteers deployed across the country, the project started teaching small-scale farmers how to produce reliable crops even in unreliable weather.

The scheme is part of a $137m funding from the Zambian Government, the Green Climate Fund (GCF) and UNDP under the title: Strengthening Climate Resilience of Agricultural Livelihoods in Agro-Ecological Regions I and II in Zambia (SCRALA) project. The project helps 16 particularly climate-vulnerable districts in the country cope better with climate change threats through sustainable growing techniques and a better understanding of climate issues.

The GCF-funded initiative promotes low-till farming alongside other climate-friendly farming techniques, such as rotating crops, adopting drought-tolerant varieties and using certified seeds. The aim is to boost crop yields and food security.

By adopting conservation agriculture, Patricia Munwela – who has also diversified into rearing livestock and gardening – said the quality of her crops has improved, fetching high prices at the market.

In the arid south of Zambia, Christine Mudenda has drawn comfort from the new farming methods. She adopted a practice known as inter-cropping – growing two or more crops together – meaning she has another crop to fall back on when maize harvests fail because of poor rainfall.

“Using the knowledge I acquired from the training, I was able to produce a good yield last season – three tonnes of maize – for the first time in many years,” Christine happily said.

A few minutes’ drive away, Farmer Sera Simwemba is also using improved farming methods – as she tends to a large vegetable patch of onions, cabbages, grapes, lettuce, watermelons and tomatoes.

“My vegetable production has improved, and I’m growing enough to feed my family and sell the surplus,” she proudly said, standing arms akimbo.

As a result of this intervention, Conservation Agriculture is now gaining popularity in the 16 districts among small-scale farmers trying to beat worsening drought and flood. The new farming techniques have shown very positive results and many farmers are adopting the techniques after seeing them being used by neighbours and relatives to boost their harvests.

By using simple climate-smart farming techniques, Patricia, Christine and Sera are among successful small-scale farmers in their district who have enough food to feed their families, and have more for the market, despite the harsh climatic conditions.

According to the Ministry of Agriculture data, the country is projected to produce an estimated 3.4 million metric tonnes of maize, Zambia’s staple food this year. This is far higher than last season’s crop production which was just well over two million tonnes. With the total national human consumption estimated at 1.6 million metric tonnes, the country is in food surplus. This scenario replicates the previous maize production curve, thanks to the Farmer Input Support Programme (FISP) implemented by the government.

To broaden the reach of information on the use of adopting climate-friendly farming techniques, the SCRALA project partners with community radio stations to broadcast key messages in local languages – including information on how farmers can grow other types of crops that require less water.

The techniques have also been promoted by extension officers in local languages on popular community radio programs run by the National Agricultural Information Services (NAIS), a specialised information wing of the Ministry of Agriculture that disseminates agricultural information through the mass media. Consequently, many farming communities in the project area have now understood that a changing climate was affecting their food security and are learning to co-exist with this new global phenomenon.

“They have now seen how this agricultural transformation has boosted yields, improved livelihoods and are beginning to appreciate the project for this resilience-building initiative, says Parick Muchimba, the acting SCRALA project manager.

In many areas in Zambia, radio is the only mass medium available and small-scale farmers rely on radio for agricultural advisories, news and market information broadcast in local languages. This information can help them to make informed decisions about their farming practices and enable decision-makers to understand and act on the information. These services are especially important for farmers in Zambia, where up to 95 per cent of crop production is rainfed, making small-scale farmers vulnerable to the impacts of climate change and seasonal variability.

The Government of Zambia is implementing a range of other measures to help small-scale farmers withstand climate shocks and ensure sustainable agricultural growth in the country. For instance, the government has developed well-articulated agricultural policies and strategies including the National Agricultural Policy (NAP) that provide public support and investment in agriculture intending to create an enabling environment to attract the private sector and smallholder interest in farm production, processing and trade.

As part of the strategy to improve food security, Zambia is implementing the Farmer Input Support Programme (FISP), which subsidises agricultural farming inputs to one million small-scale producers of maize, the country’s staple food crop.

“The Government is alive to the fact that Climate Change is here to stay. In this regard, through the implementation of programmes, such as the Farmer Input Support Programme (FISP), the Ministry of Agriculture has focused on distributing inputs, which are suitable for the different agro-ecological conditions in the country. For instance, in the Southern half of the country, where prolonged droughts and dry spells are frequently experienced, the implementation of the FISP E-voucher has given farmers a wider choice of inputs to build climate resilience. In the Northern half of Zambia, which experiences heavier rainfall, the FISP Direct Input Supply (DIS) model has been used to distribute inputs, ideal for farmers in those areas,” says Songowayo Zyambo, the Ministry of Agriculture Permanent Secretary.

“With the right conditions and targeted support, small-scale farmers can acquire vital knowledge and skills to enable them to adopt practical and durable solutions needed to adapt to climate change and put agriculture on a more sustainable and equitable footing and overcome extreme poverty in Zambia,” says Lionel Laurens, the UNDP Resident Representative in Zambia.

With funding from the GCF, which helps developing countries adapt to climate shifts, this innovative intervention is making a difference, particularly in a country where over 60 per cent of the population depends largely on agriculture for their livelihoods.

This means, improved crop yields and rising incomes for small-scale farmers, despite extreme weather conditions such as severe dry spells and floods which have hit Zambia’s rain-fed farmland hard, posing serious threats to the livelihoods of millions of small-scale farmers.