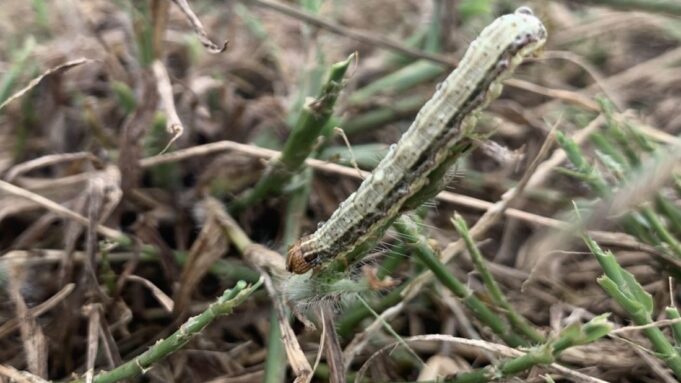 According to a study, a novel modelling system based on simple inputs could help smallholder farmers accurately predict the best time to control fall armyworm larval populations to avoid crop damage and yield losses.

According to the Centre for Agriculture and Bioscience International (CABI), the parent organization of SciDev.Net, the models combine field data, plant-pest lifecycle data, and earth observations to produce near real-time forecasts to aid in the fight against the destructive pest, which is estimated to cause annual yield losses in Africa of US$9.4 billion.

The CABI study claims that since the fall armyworm was discovered in Africa in late 2016, it has spread across the continent, causing food insecurity among smallholders.

Maize yield losses from the pest are estimated to be around 27 and 35 per cent in Ghana and Zambia, respectively.

“The models can be adjusted to work with a variety of management strategies and farming systems as the thresholds are not fixed and can be adjusted depending on the situation — subsistence farming versus cash crop farming,” says Alyssa Lowry, the study’s lead researcher and data scientist at CABI.

The objective of the study, Lowry explains, was to develop a modelling system that could accurately forecast the development of fall armyworm larval populations in the field and produce actionable outputs to help smallholders better manage the pest and avoid serious crop damage.

“Fall armyworm is a prolific pest that can have a devastating impact on farmers’ yield if not properly controlled,” says Lowry. “Most of the management strategies currently used for fall armyworm rely heavily on farmers reporting the damage they see but oftentimes once the damage is visible and it is too late to recover crop yields.

Lowry says the models can also easily be applied to other major insect pests of farmer crops in Africa.

“Smallholder farmers need as many weapons in their arsenal for the fight against invasive pests as possible and the fall armyworm models…will hopefully help Africa’s national plant health system to include more preventative management strategies rather than mostly reactive measures,” she adds.

The models, she explains, can be rolled out to farmers through bulletins that show the number of days to action in the form of a map, supported by a guide to pest management developed by CABI’s Plantwise programme. They can also be shared by text message or radio for access by other agricultural service providers.

Jane Ininda, head of seed research and systems development at the Alliance for a Green Revolution in Africa, says that models that support monitoring, surveillance, crop scouting, time reporting and control interventions remain critical for smallholder farmers to avert any serious damage to crops and pastures.

“These can be further [reinforced] where active networks of stakeholders exist for effective management, including ministries of agriculture, extension systems, and communication agencies such as the media and coordination on the availability and affordability of control interventions,” Ininda tells SciDev.Net.

But Ininda says that because the models are based on larval populations, while control is supposed to be before the larvae are detectable, smallholders could find the models complicated.

“This requires farmer education to understand the relative advantage of using such a system,” she explains. “Where farmers depend on material support to control fall armyworm, there should be a need to synchronise with government agencies support with such predictions. The model also needs the support of an insurance system.”