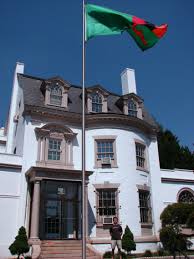 Zambia is expected to officially open its embassy in Israel to boost relations between the two countries, the Zambia Daily Mail reported on Monday.

The Zambian envoy to Israel said Minister of Foreign Affairs Harry Kalaba was in Israel for the official opening of the embassy this week.

According to the Zambian envoy, Zambia has a lot to learn from Israel’s advanced technology, adding that reopening of the embassy there was strategic.

“Israel is one of the countries with advanced technology in various sectors such as agriculture and energy, and Zambia hopes to tap this knowledge, ” he was quoted as saying by the paper.

While in Israel, the Zambian foreign minister will meet Israeli Prime Minister Benjamin Netanyahu. He will also hold meetings with other senior Israeli officials and the Israel-Africa Chamber of Commerce