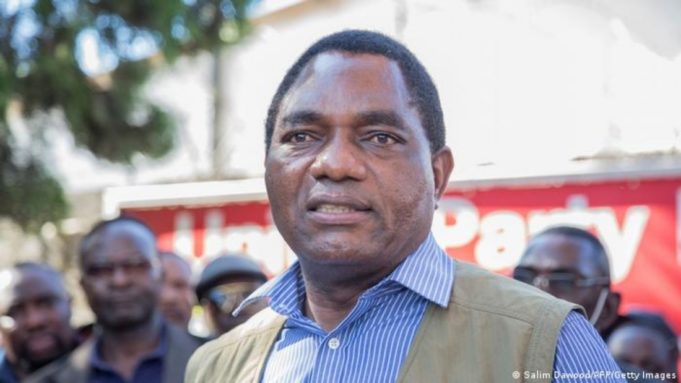 Hichilema defeated incumbent President Edgar Lungu by nearly one million votes, the largest margin of victory in a quarter-century, in the August 12 race that had been expected to be close.

The margin of victory gives Hichilema a strong mandate to implement the reforms needed to revive an economy wrecked by years of overspending, culminating in the country becoming Africa’s first pandemic-era sovereign defaulter in November. Annual inflation is nearly 25%, the highest in two decades, and the economy is expected to grow.

The president-elect will also need to reach a deal with the International Monetary Fund for a bailout, and repair relations with copper miners operating in Zambia, Africa’s second-biggest producer of the metal.

As far as Hichilema is concerned, “there is absolutely nothing to celebrate,” Gary Nkombo, the UPND’s elections chairman told reporters. “This country has got a lot of challenges.”

Hichilema, 59, said he plans to seal a bailout from the IMF as soon as is technically possible and initiate debt-restructuring talks. The businessman and cattle rancher plans to achieve an economic growth rate of more than 10% within five years, mainly by growing the mining, agriculture, construction and manufacturing industries.

Known as HH, Hichilema has an economics degree as well as an MBA from the University of Birmingham in the UK. He unsuccessfully contested the nation’s previous five presidential elections, and was jailed for four months on treason charges in 2017 after his convoy of vehicles refused to make way for Lungu’s.

Lungu, who won power in 2015, said at the weekend the election was tainted because of violence in three provinces where Hichilema performed the best. He’s yet to concede defeat.

Zambia stands out in the region, having changed governments democratically twice since the late Kenneth Kaunda’s rule ended in 1991. The Patriotic Front won power in 2011 under Michael Sata’s leadership, and Lungu was elected in 2015 following Sata’s death while in office.

Near-record prices for copper, which accounts for more than 70% of Zambia’s export earnings, will boost Zambia’s coffers. Another plus is a $1.3 billion transfer from the IMF due this month — separate to the talks Zambia’s in with the fund for a similar amount — that will almost double the nation’s foreign-exchange reserves.

To conclude program talks with the Washington-based lender, which will anchor negotiations with external creditors including holders of the nation’s $3 billion Eurobonds, Zambia’s government may need to cut energy and farm subsidies that have depleted government accounts in recent years.