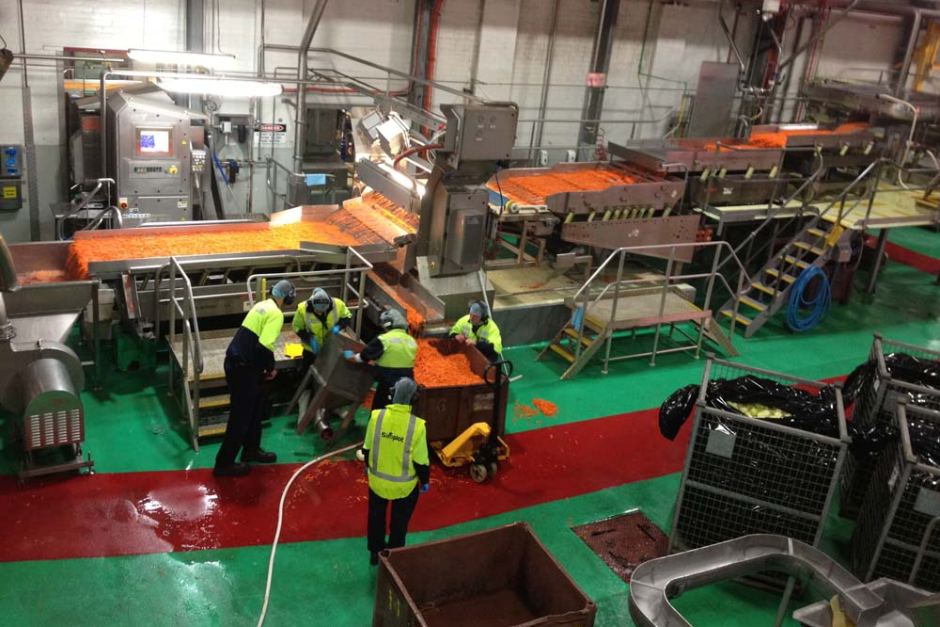 For many years small scale farmers have bemoaned lack of market for their horticultural products.

How agonizing it is for a farmer to reach the market place after four months of hard work on a tomato field just to find piles and piles of tomatoes and heaps of thrown damaged tomatoes.

The market is flooded and the price is low. However, for southern province small scale farmers, there seem to be light at the end of the tunnel.

He said the company will sign a memorandum of understanding with two cooperatives, namely, Livingstone farmer’s cooperative and Kazungula cooperative, who with other farmer groups will supply the needed products.

He explained that the company plans to work with small scale farmer groups like cooperatives because it would be easier to regulate the chain of supply, monitor quality and offer extension services to the groups.

Mr. Vora noted that the factory will alleviate market challenges faced by small scale farmers who did not have where to sell their produce in bulk, adding that consumers will also benefit by consuming locally produced stuff rather than depending on imported stuff from South Africa.

“We want to promote value addition which has been the cry for many Zambians,’’ he said.

He further said that 60% of the processed products will be for the Zambian market and 40% will be for export to neighboring countries like Botswana, Namibia and Zimbabwe.

Mr. Vora explained that the opening of the processing plant will create employment opportunities as about 60-75 people will be employed at the plant, noting that others will find employment indirectly as they will start venturing into farming due to the availability of market for their produce.

In the meantime, Farmers Representative Rwinick Mapanza expressed happiness at this development of an upcoming processing plant in Livingstone, noting that the project has been long overdue as small scale farmers were in dire need of market for their horticultural products.

He explained that small scale farmers have had challenges to supply to the local super markets like spar and Shoprite as they could not accept their products. He further revealed that farmers incurred a lot of losses especially when there was plenty of supply.

“Most of the tomatoes could just go to waste in the markets; it would pain me a lot whenever I go to Libuyu market in Livingstone and find heaps of damaged tomatoes because there was nowhere to take them for processing,” Mapanza said.
He noted that market availability will encourage many small scale farmers to diversify and venture into growing fruits and vegetables away from the usual crops they grow like maize.

He said about 30,000 small scale farmers from Kazungula, Livingstone, Zimba and Sinazongwe will be supplying the fruits and vegetables to the 15 planned collection centers.

Mr. Mapanza has challenged the small scale farmers in Southern province to ensure availability of high quality and reliable supply of commodities needed for processing. He also encouraged consumers to support the project by embracing locally processed food stuffs rather than clinging to imported food staffs like tomato sauce.

He however called upon the government to address water problems that farmers face in many areas by constructing and rehabilitating dams so that farmers could have smooth production throughout the year.

Mr. Mapanza also urged the Ministry of Agriculture and Livestock (MAL) to step up the extension services offered to small scale farmers in order to be more effective and efficient to produce quality products.

Falls Way Timber Limited Managing Director Munna Vora said the construction of the plant is finished and only a few installation works are remaining.

And Livingstone District Agricultural Coordinator Jackson Soko said he is very happy of this development in the district.

Dr Soko said the presence of the factory will revamp agricultural activities in the district.
“We are actually waiting anxiously for the processing plant to start operating because this is a huge market for our farmers.” He said.

It is hoped that once the processing plant is operational, it will encourage value addition as there has been wastage of agricultural products due to lack of processing factories and an economic boost.