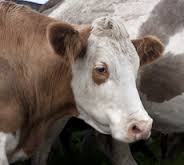 The Department of Veterinary in the Ministry of Agriculture and Livestock has donated 20 heifers to Sekute and Musokotwane chiefdoms in Kazungula district for sampling and to help with the eradication of the CBPP disease.

The cattle was donated to the two chiefdoms in June, this year and will be used to test if CBPP disease was reducing and all the animals tested negative to the disease.

Dr Bwalya said the department is working tirelessly to ensure that cattle movement is restricted from Western province to Kazungula district to prevent the spread of the disease adding that another sampling exercise will be conducted in September this year before restocking of cattle is done.

CBPP disease first outbreak was in 2004 through the illegal movement of cattle from Western province into Kazungula district.

The disease is air bone and any cattle that comes in contact with an infected animal is prone to get infected as it only affects the lungs of cattle.