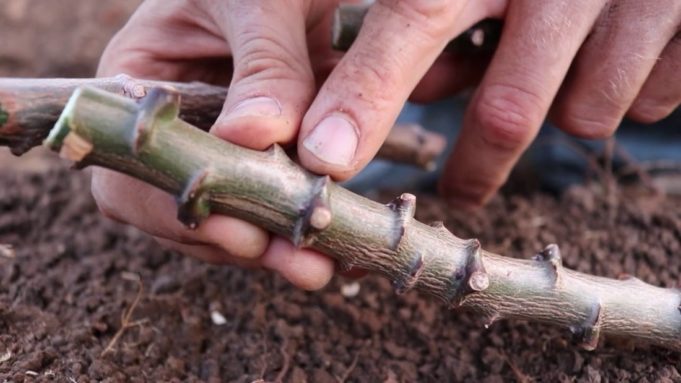 According to the United Nations’ World Food Programme, Zambia has one of the highest rates of malnutrition in the world. More than 40% of Zambian children under the age of five are malnourished, with deficits in micronutrients such as iodine, iron, and vitamin A among the most common.

HarvestPlus, a non-governmental organization (NGO) that creates bio-fortified crops, intends to change that — both in Zambia and globally. In Zambia, it collaborates with the Zambia Agriculture Research Institute (ZARI) and other organizations, such as seed companies, to supplement native crops with micronutrients.

Bio-fortifying crops can include genetic modification but also covers other, conventional methods for improving crops’ nutritional quality, such as selective breeding. In Zambia, HarvestPlus focuses on strengthening maize, beans, cassava and sweet potatoes with vitamin A – an essential nutrient for promoting growth, ensuring the good vision and maintaining the immune system.

“What we are trying to do at HarvestPlus is to solve the micro-nutrient deficiency problem that we see at household level,” says HarvestPlus senior research associate David Samazaka. “We want people to have better nutrition. We also want them to have increased household income by growing crops not just for their own consumption but also for sale to others.”

Two-thirds of Zambia’s population lives in rural areas and relies on agriculture for income. Yet despite this population emphasis, and despite the country’s abundant fertile land and good rainfall, agriculture accounts for only 20 % of Zambia’s gross domestic product. With bio-fortified crops and better yields, agriculture could become a far more important source of economic growth.

As part of this effort, HarvestPlus researchers developed orange maize, fortified with vitamin A. Zambians have embraced orange maize for both its taste and health-promoting properties. “Once you start using orange maize, you will not go wrong in terms of its nutritional value,” says agricultural expert Amos Tembo.

Farmers are happy with the new variety of maize as well. Zambia’s six different varieties of vitamin A-fortified orange maize achieve yields similar to those of white-maize varieties. “Since I started planting seeds that are enriched with more nutrients, my crop yield has improved every farming season,” says Anita Siabana, a farmer in the Chibombo district of the Central Province.

Other parts of the agribusiness value chain – including seed companies and food manufacturers – also praise bio-fortified crops. “We market bio-fortified seeds for maize and for beans,” says Bwalya Mwansa, a sales executive for seed company Afriseed. “We have strong demand from farmers in Zambia as well as Botswana and Angola. We see a need to increase our seed production to meet the demand.”

Kamano Seed Company, which produces and trades seeds for legumes, cereals and vegetables, also does a thriving business in HarvestPlus’ orange maize seeds. “From the time we started working with HarvestPlus, we have found their bio-fortified seeds to be well received by small scale farmers across the country,” says Nokutula Mulonga, the company’s sales manager.