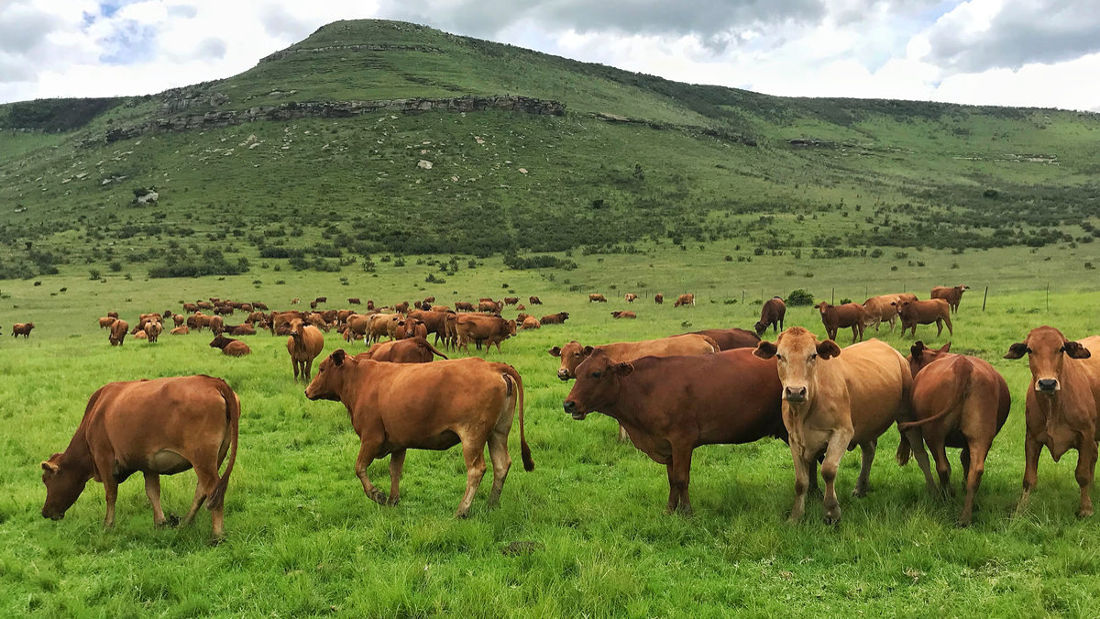 The beef industry in Zimbabwe which came to closure as a result of the foot-and-mouth disease epidemic in the 2000s is finally recovering.

In addition to the foot-and-mouth disease, the beef industry had been hit by crippling economic sanctions imposed on the country by Western nations, which contributed to hyperinflation, huge foreign debts and obsolete transport fleets. Mismanagement of livestock farms worsened the situation.

The Southern African country’s global beef exports resumed in 2017, 10 years after they slowed to a crawl when the country’s economy tumbled.

President Emmerson Mnangagwa, who assumed office in November 2017, is now seeking to revive the nation’s most strategic asset by actively wooing investors. The country’s top commercial farmers, whose herds of livestock were decimated, are slowly returning.

A joint $48 million cash injection by private investors from Rwanda, Switzerland and the United Arab Emirates is revving up the beef industry, which in 2018 also benefitted from a $130 million investment partnership deal between Zimbabwe’s state-owned beef processing firm, the CSC, formerly the Cold Storage Commission, which is Zimbabwe’s foremost beef processing agency, and the UK-based company Boustead Beef, an international beef processing company.

The country’s pension fund, the National Social Security Authority, has also pledged to invest $18 million in the CSC.

Innovative breeding technologies, including artificial insemination, have been successfully used on a new breed of beef bulls and heifers, scooping big earnings in the global beef market.

Big commercial and rural farmers are dreaming once more of the glory days of the 1990s, when Zimbabwe’s beef industry was the envy of its Southern African neighbours.

In those good old days, Zimbabwe’s beef cattle herd topped 1.4 million and raked in about $50 million yearly from exports to the lucrative European market, particularly the UK, Germany and the Netherlands. For most beef-producing provinces of Zimbabwe, commercial beef sales accounted for about 80% of income.

Isaiah Machingura, Marketing Director of the CSC, connects the rebound to the fact that “the UK has opened up big markets. Our canned product is one of the best. We can slaughter 700 animals a day. We do deboning and packaging ahead of export overseas. Beef in Zimbabwe is one of the best. It only falls second to Scotch beef from Scotland,” he says, referring to a popular breed.

The Zimbabwe Agricultural Society, which promotes agricultural development in the country, in 2018 announced plans to use 6,000 high-quality semen straws to inseminate cows and increase the number of herds in the country.

Experts advise against inbreeding (father-daughter mating, for example), because it reduces growth rate, fertility and vigour in the herd.

Another problem is that corrupt beef dealers buy up bulls from rural farmers at ridiculously low prices and make huge profits selling to the CSC. The practice shortchanges the rural farmers.

Muhle Masuku, an official at Livestock Zone, a beef startup, cautions farmers to continue to feed herds organic food. “I believe our meat is a niche, not contaminated by any inorganic feeds,” he says.

Another huge challenge occurs when Zimbabwean livestock, some diseased, wander into neighboring Botswana and are killed by officials acting on the orders of that country’s agriculture ministry. Botswana, which is a major beef supplier to the EU, wants to comply with international safety standards for beef export.

“Despite these challenges, the current beef business is incontestably better than it was just a few years ago. And indications are that its growth has only one way to go—upward.”