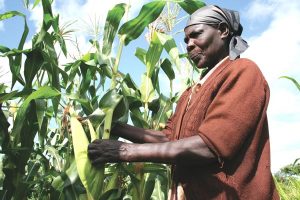 ZAMBIA Cooperative Federation says small-scale farmers trying to sell their maize this season will continue being exploited if they ignore their cooperative structures.

Small-scale farmers have bitterly complained of the government’s failure to announce this crop marketing season’s maize floor price, citing concerns of being exploited by private buyers who are purchasing their commodity at low prices.

The government will not announce the maize floor price this season in a bid to allow market forces to dictate pricing of the staple food, according to agriculture minister Given Lubinda.

He said the Food Reserve Agency (FRA), which buys crops for strategic reserves, was at liberty to set its own price considering the amount of money allocated for the crop marketing exercise this season.

The move, however, has prompted concerns from stakeholders in the sector who have argued that the government’s failure to announce a benchmark price for a 50 kilogramme bag of maize has left farmers vulnerable.
But in an interview, ZCF director general James Chirwa said small-scale farmers’ cries of exploitation is of their own making as some farmers continue opting to sell their maize individually as opposed to using well-established cooperative structures in their respective districts.

“In the first place, I don’t see why they should be exploited. My appeal to small-scale farmers has been that the exploitation they talk about is their own making. The reason is that they want to sell maize as individuals; they have got their own cooperatives which should be used as bargaining centres,” he said.
“And they should be using cooperative structures to look for markets because they will be talking about one price. This issue of wanting to deal with the buyer as individuals is what is being termed as exploitation.”
Chirwa said farmers’ habit of using cooperative structures primarily to procure farming inputs and not as bargaining centres is still prevalent.

“When they [farmers] want to get fertiliser, they want to associate themselves to a particular cooperative; when it comes to harvesting, they want to go and sell as individuals. The reason why they have got structures is that the bargaining power of an institution is much better than that of an individual, so why are we selling maize as individuals and not using our cooperatives?” he asked, adding that there was need for the cooperative movement across the country to constructively engage with farmers and provide essential services that included market facilitation.

Chirwa also noted that price differentials of maize have been perpetuated by farmers insisting to sell their commodity as individuals.

The government set a floor price of K70 per 50Kg bag of maize last year, but has opted not to announce this season’s floor price to allow the private sector play a greater role in the buying of maize from farmers, giving farmers chance to bargain for the best price.