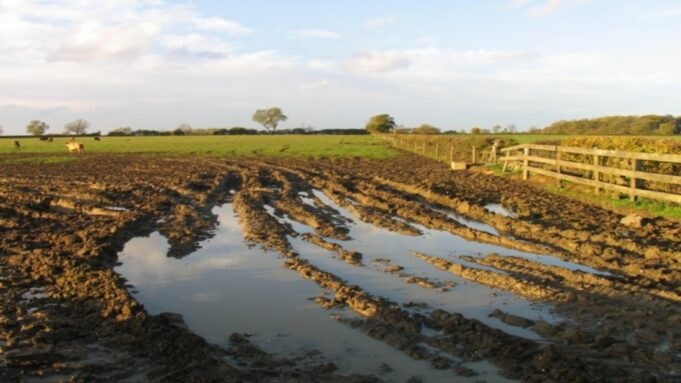 As the world battles deadly floods, historic droughts and landscape-altering wildfires, scientists are warning that the window is rapidly closing to avoid catastrophic changes that would transform lives.

The scientists say climate change will have a devastating impact between now and 2244.

They say communities should pay attention to early weather updates.

But the question that begs answers is, to what extent are communities paying attention to early warning systems issued by relevant authorities?

Almost on an annual basis, Zambia has been experiencing droughts in certain regions and deadly floods in others.

This is despite early warnings from weather experts about the impact of changes in climatic conditions.

For instance, townships such as Kanyama, Misisi, Kuku and Chawama in Lusaka are all susceptible to flooding because most of the houses are built in flood-prone areas.

In Ndola, houses built on the banks of the Kafubu River are all prone to floods too and submerging in water has become an annual occurrence.

However, the residents have not learnt any lessons because the moment the heavens open up, the inhabitants turn to Government to be relocated and once the land gets dry, they move back to the flood-prone areas again.

While it can be argued that natural disasters are an act of God and hence can be unpredictable, some of them can be avoided by taking early warning precautions.

Surprisingly, repeated calls by authorities for the inhabitants to permanently relocate to safer places have seemingly been falling on deaf ears.

The unit warned that heavy falls were expected to continue until at least late January.

“According to the forecast, the Inter-Tropical Convergence Zone (ITCZ) is expected to move over southern parts of Zambia triggering storm development over North Western, Luapula,

Eastern, Central, Copperbelt, Lusaka, Southern, and Western provinces. This is likely to cause continuous rainfall and in some cases, heavy falls leading to flash floods and floods in low lying areas,” the DMMU said.

On January 17, 2022, flooding had affected wide areas of the Namwala district in Southern Province, which is situated close to the Kafue River.

By then, flooding had inundated land and homes and disrupted the lives of at least 3,000 households.

Around 500 families were thought to be affected at the time and 110 households were displaced.

By the Press time, an estimated 20,000 people from over 3,500 households had been affected by flooding in Southern Province.

DMMU National Coordinator Dr Gabriel Pollen and his team have been on the frontline working hand in hand with the Zambia Air Force (ZAF) to airlift the affected people while providing them with tents, food and other necessities.

Flooding has cut road access in parts of the Namwala and Choma districts, making it impossible for some affected families to relocate.

Monze District has not been spared.

As someone familiar with Southern Province, the author can attest that some of the areas that are badly affected are fishing areas that were initially supposed to be temporarily occupied for fishing activities only.

A typical example is the Namalyo fishing camp in the Namwala district.

In 2015, while on work duties, the author witnessed how one of the biggest rivers called Munyeke in Chief Nalubamba’s area, had dried up owing to climate change.

However, over the years, the swampy areas with their tasty fish have been swarmed by people from as far as Northern, Luapula and Muchinga provinces who have also descended on the Kafue Flats.

Most of the fishermen construct makeshift shelters at Namalyo fish camp in the Kafue Flats Game Management Area.

It was to last for five days.

Zambia Meteorological Department Senior Meteorologist Peggy Thole said during this period, the country was expected to record the highest rainfall that was expected to cause floods and destruction of trees and buildings in certain areas.

This is backed by scientists who further warned that the climate change impact will be devastating between now and 2044 globally.

This entails that food security is threatened.

The demand for food will rise due to projected population growth – Zambia is no exception.

Experts further add that droughts and floods will be experienced.

Science advocate Veronica Mwaba says the story of climate change is not new because the media in Africa and beyond have covered this for decades.

Ms Mwaba called on everyone to take early warning systems and take action.

“How prepared is Zambia in the event of a disaster, taking into account unpredictable weather patterns? What impact will climate change have on the production of food,” she asked.

Ms Mwaba called on the DMMU to heighten the conversation on the subject to find practical solutions.

She said there is a need to call for key stakeholders’ engagement with the science community, including United Nations (UN) agencies such as World Food Programme (WFP) and Food and Agriculture Organisation (FAO) and DMMU.

It is worth stating that climate change is a global issue.

Though some countries have pledged strict cuts in greenhouse gas emissions since the 2015 Paris Agreement, many have missed deadlines to do so, and there is still a significant gap between what leaders are promising and what is required by 2030.

The state-of-the-science report from the Intergovernmental Panel on Climate Change (IPCC) of the United Nations (UN) says the world has rapidly warmed 1.1 degrees Celsius higher than pre-industrial levels.

The warmer temperatures are now careening toward 1.5 degrees — a critical threshold that world leaders agreed that warming should remain below to avoid worsening consequences.

Only by making deep cuts to greenhouse gas emissions, while also removing carbon dioxide from the atmosphere, can we halt the precipitous trend.

As experts have warned, it requires unprecedented transformational change, rapid and immediate reduction of greenhouse gas emissions to net-zero by 2050.

The idea that there is still a pathway forward is a point that should give us some hope.

The onus is also on communities to adhere to early warning systems and take action.