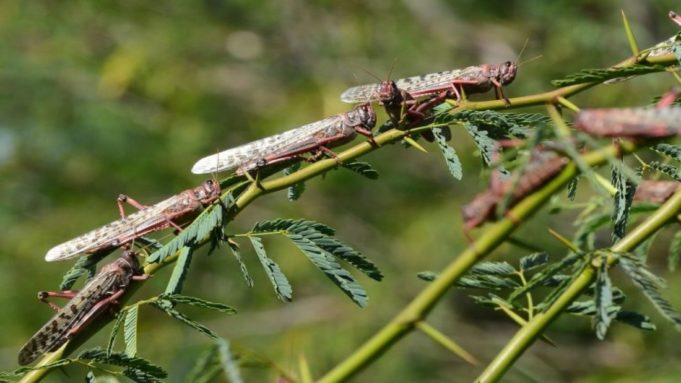 Faced with the seriousness of locust threat, Southern African Development Community (SADC) ministers responsible for agriculture and food security met in a virtual format and urged all member-states to raise funds to finance acts of surveillance and control of this insect pest.

SADC needs to mobilise about 20 million US dollars to fight a plague of migratory locusts that is threatening food security in the region.

Speaking in the name of Mozambique, which currently holds the rotating chairmanship of SADC, Agriculture Minister Celso Correia said that, since May, the migratory locust has been reported in eight SADC countries, including Mozambique.

The other countries currently affected, he added, are Angola, Botswana, Namibia, Zambia and Zimbabwe. “In Mozambique, the plains of Buzi (in the central province of Sofala) and of Lake Chiuta (in the northern province of Niassa) are among the seven recognized zones for outbreaks of the red locust in Africa”, Correia said.

The growing number of critical areas and the spread of locust outbreaks is a matter of concern, he continued, since the insects present a threat to irrigated crops and the coming planting season, with the potential to worsen an already precarious food security situation in the region.

Correia praised the southern African regional office of the UN Food and Agriculture Organisation (FAO) and the International Locust Control Organisation for Central and Southern Africa for providing technical and financial support to the member states to confront the problem.

SADC Executive Secretary Stergomena Tax, who also took part in the virtual meeting, warned that the spread of the locusts in the region is a now a serious threat to southern African agriculture, and demands an urgent response.

“The resources available are not adequate to contain the outbreak”, she said. “Hence the need for a regional appeal for 20 million dollars for a project to prepare a response”.

According to a SADC report on food security this year, about 44.8 million people in the region are suffering from food insecurity, and that number could rise to 51.3 million people. The combined impact of the Covid-19 pandemic and the locust plague can only worsen the situation.