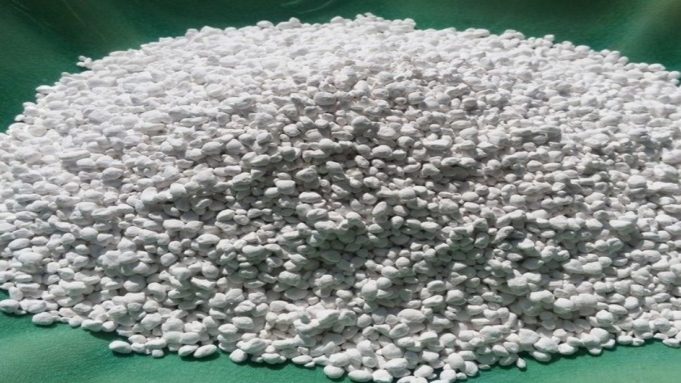 The United Capital Fertilizer Manufacturing Plant has reached phase one of construction, according to Wonderful Group of Companies, and test operations can now begin.

Roy Mwamba, a member of the company’s board of directors, stated that the company’s first phase of production will begin the next week and noted that the factory has a capacity of more than 300,000 metric tonnes and has two manufacturing lines.

Mwamba stated in an interview that the fertiliser factory is among the few in the world to be finished in six months, particularly taking into account the fact that the plant was built during the rainy season.

Mwamba also said the US$300 million local fertiliser plant would cut the importation of fertiliser for Zambia by about 60% and reduce the cost of fertiliser by about 40% due to the use of local raw materials and economies of scale.

He said once the plant is operational, the company will be able to supply 80% of the total percentage of urea demand and 60% of the total percentage of D compound required for the country, adding that all the raw materials, which include coal and phosphate, would be acquired locally in Southern Province and the plant will create about 1,100 direct jobs.

The Board Member further stated that 60% of the investment funds are being sourced from financial institutions outside Zambia with 40% being sourced locally, adding that US$ 20 million from the US$ 300 million is working capital for the first two years as per the draft cash flows.

He said the company would have a robust and state-of-the-art integrated cross-circuit production process such that there will be no emission of either smoke or gasses and the smoke will be converted into a gas by-product, for which the company already has a captive market.

He stated that apart from reducing the prices of fertilizer, the manufacturing plant would also enhance agriculture activities, which is what the country currently needs noting that the company would be producing ammonia that would be supplied to Nitrogen Chemicals of Zambia (NCZ), and these raw materials are currently imported.

Mwamba further said that currently, every fertilizer manufacturing company in Zambia imports raw materials, mostly from South Africa. The new plant would be producing ammonia as a by-product, therefore there will be no need to continue importing from South Africa, thus boosting the production for local companies such as NCZ.