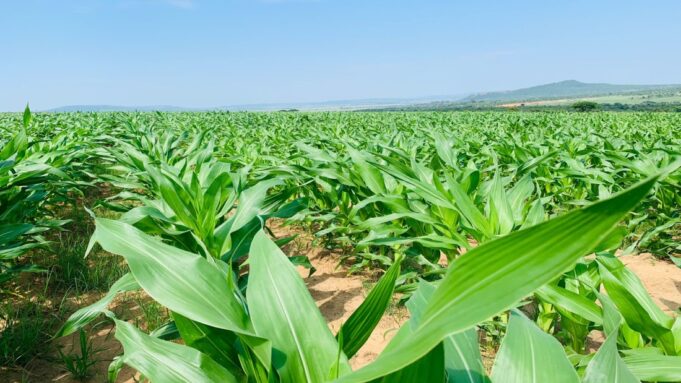 “Malaria affects us negatively as it reduces our farming hours as one cannot work when infected with the disease,” said Florence Sakala, a 47-year-old farmer of Kasenengwa District in the Eastern Province.

WHILE the late delivery of farming inputs and poor rainfall patterns are usually the main challenges farmers face, the possibility of catching malaria is an added anxiety for Sakala.

As she starts her farming activities, Ms Sakala says she might catch malaria and be robbed of her productivity at a critical time of the farming season.

Worse still, it is not only her sickness from malaria that looms large on her mind, but having to nurse her children when they get afflicted by malaria is another problem.

“As a woman, it also means that when a child suffers from malaria, my input to the farm is affected as I have to nurse the sick child till he or she recovers,” says Ms Sakala, a widow who is the breadwinner for her family.

She has been a victim before and her fears are justified.

This is because, with a population of 114,284 people, 43,000 who are farmers, Kasenengwa district recorded 33,187 confirmed cases of malaria last year.

According to Kasenengwa District Director of Health Dingase Mvula, 10,884 of the more than 33,000 were recorded in the first quarter of the year or between January and March, which is the peak of the rainy season when most farmers are weeding their crop fields.

To actualise this vision, the Ministry of Health and partners are tackling malaria head-on, anchored on the National Malaria Elimination Strategic Plan (NMESP) 2017 – 2021.

The vision of the plan, whose slogan is “Malaria Ends With Me’ is to ensure that there is a malaria-free Zambia and one of its goals is to see to it that local malaria infection and disease is eliminated in the country by 2021.

According to the NMESP, Zambia’s general case management coverage has greatly improved through the strengthening of general health services and the provision of adequate diagnostics and medicines.

Underpinning this success has been the country delivering on its objective of ensuring that all suspected cases in all districts receive parasitological (microscopy or Rapid Diagnostic Test) analysis and 100 per cent of parasitologically confirmed malaria cases receive anti-malarial treatment.

Universal health coverage, early diagnosis and effective treatment are key strategies in reducing morbidity and mortality due to malaria.

Reinforcing the delivery of outcomes on this particular strategy has been the training of some community health volunteers who help test and treat malaria right in the community.

Other interventions outlined in the plan to help eliminate malaria include the distribution of Long Lasting Insecticide Nets (LLINs) and the Indoor Residue Spraying (IRS).

In 2021, the government had planned to distribute over 7 Million nets to households during the mass distribution at the national level while over 3.4 million structures had been targeted under the IRS program.

District Health authorities in Kasenengwa are buying into these malaria elimination interventions, distributing a total of 40,612 nets to 13,646 households in January last year.

Dr Mvula stated the Ministry has done various social behavioural change programs to the public to reduce cases of misusing the LLINs.

“The mass distribution of the LLINs started on January 11th, 2021 and only lasted for seven days. We have also done some sensitisation programs in communities so that members of the public understand how to correctly and consistently use the nets so that we avoid cases of misuse,” she said.

On the other intervention, Dr Mvula said the district performed well during the IRS campaign that started on September 28 to November 10, 2021.

The robust spraying exercise targeted 31,339 structures but 34,003 structures were sprayed representing 107 per cent.

Dr Mvula attributed the high residue spraying performance to the continuous sensitisation of people in the district on the importance of having their structures sprayed.

“We performed well during the IRS programme as 34,003 structures were sprayed against the district target of 31,339. This could be attributed to the continued sensitisation programmes that are being done by the ministry and cooperating partners which also resulted in few refusals as compared to the previous campaign,” she said.

In addition, the Government has also continued to prioritise the fight against malaria. This is evidenced by placing it as a second legacy goal under the health sector, albeit efforts to fight and eliminate malaria being disrupted by a shift of resources towards COVID 19 in the last two years.

In the meantime, Mr Malambo pledged that CDFA will start rendering moral support to various interventions that the Ministry of Health has put in place to eliminate malaria in districts like Kasenengwa.

He said eliminating malaria would mean that the resources that are being channelled towards the fight against the disease would be freed up and allocated to other productive social and economic areas, including agriculture.

But another worry that might not rest Ms Sakala’s fear for malaria is that, while Zambia reaches the final stage of malaria elimination, according to the NMESP, the main concern will be the risk of importation from the few remaining locations in Zambia and other countries, especially malaria-endemic neighbouring countries.