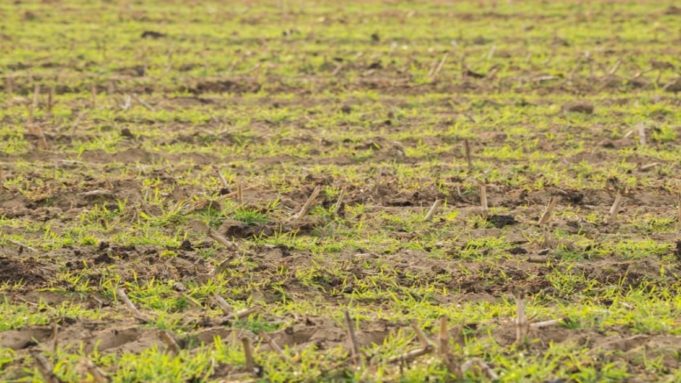 Women in Zambia, according to the ministry, do the majority of agricultural work, as well as domestic and reproductive work, and have little control over their labour. Agriculture employs at least 61 percent of the labour force, according to the study.

According to the World Bank, women account for at least half of the world’s farmers. The invisibility of the gender issue in agriculture, on the other hand, is striking. Women are the first to be influenced by soil depletion and climate change on agricultural land. Despite this, they do not have safe access to land or services.

Land degradation means either a temporary or a permanent reduction or loss in the productive capacity of land biologically and economically. And to reverse these adverse conditions or achieve stability in land use is what is called Land Degradation Neutrality (LDN). As per the Sustainable Development Goals (SDGs) adopted by the United Nations General Assembly in 2015, land degradation neutrality (LDN) (SDG 15.3) was outlined as a target to achieve by nations.

And Zambia is resolute to incorporate gender mainstreaming into their polity.

Zambia’s journey towards realising gender parity began in 1985 when the south-central African country ratified the Convention on the Elimination of all Forms of Discrimination against Women (CEDAW). This move would give a fillip to the momentum on gender equality. As a logical first step, the Ministry of Gender and Child Development (MGCD) came into being to promote women empowerment and embed gender mainstreaming into the socio-political and economic fabric of Zambia.

Subsequently, a National Gender Policy was developed in 2000 (later revised in 2014) to prevent discrimination of women in governance systems and gender mainstreaming activities took place across policies.

However, inequalities still exist, and women continue to be dispossessed from land ownership and lack access over productive resources and markets.

“Land is a crucial part of African women’s’ lives and they still don’t have equal access to it,” said Manyado Kanyata, the representative for the Ministry of Water Development Sanitation and Environmental Protection, Zambia, who was part of the delegation at the COP14 to United Nations Conference on Combating Desertification (UNCCD) in India.

As per the ministry, women in Zambia undertake the majority of agricultural work in addition to domestic or reproductive work and have limited control over their labour. Women also provide at least 61 per cent of the labour force to agriculture, it said.

“Despite this, women don’t have access to land, they are the ones who have to fend for families even after the land has degraded,” rued Kanyata.

Then there is another impediment: Lack of gender-disaggregated data and gender-sensitive indicators have proved to be a roadblock in providing baselines on gender inequalities across sectors.

A report published by the Food and Agriculture Organisation of the United Nations (FAO) in 2018 titled ‘National gender profile of agriculture and rural livelihoods, Zambia noted that “the country has inadequate up-to-date sex-disaggregated data and gender-sensitive indicators in the agricultural and rural sectors. Compared to men, women are engaged in less-paying and unpaid rural labour. Although women have some access to land, fewer women in comparison with men own land.”

Then, a crippling low level of education among women on environmental issues is also an issue. “If a family is given a choice between a boy and girl’s education, they will always choose a boy. And then funding and facilitation of projects is also a challenge if you are a woman,” said Kanyata.

Not to mention, cultural values and beliefs keep Zambian women from participating in any environment-related decision making.

“We want women to break the silence when someone takes away their land,” said Dr Yahya Msangi, Technical Advisor, Sustainable Development, Climate Change and Chemical Safety at Welfare Togo, a non-profit organisation. Togo, situated in West Africa, faces similar challenges like Zambia where rural women have very few to no legal land protection and are prone to land grabbing.

“We have to not only improve their access to land, but women should also own the piece of land legally otherwise it can be taken away from them easily,” said Msangi.

The Zambian government developed a framework for gender mainstreaming. For implementation, they divided the intervention into four parts: First, policy level; second, at an organisation and institutional level; third, at the project level and fourth, gender mainstreaming is done through gender.

Following this, they developed various policy frameworks like the National Gender Policy and the Climate Change Gender Action Plan to guide on how the actions being taken in the country are gender-responsive.

Then they mainstreamed gender through various land projects and conducted auditing and gender analysis.

Capacity building workshops were also conducted by the government where they had the opportunity to work with the Global Environment Facility (GEF), an international organisation that provides financial grants to countries, non-governmental organisations, civil society organisations etc. who address environmental issues.

In most cases, people are aware of gender parity in Zambia but it lacks implementation, so they conduct continuous mass sensitisation, while supporting and monitoring gender action plans. “It’s time to walk the talk. Providing equal opportunity to women and men is the only way to benefit from the LDN concept. Plus, efforts to develop gender-responsive Monitoring, Reporting and Verification systems (MRV) is important to meet LDN targets,” said Kanyata.

Our message to the global community, Kanyata said, is this: “We are not trying to bring women above men but get them to a level where they can participate together in achieving land degradation neutrality target.”