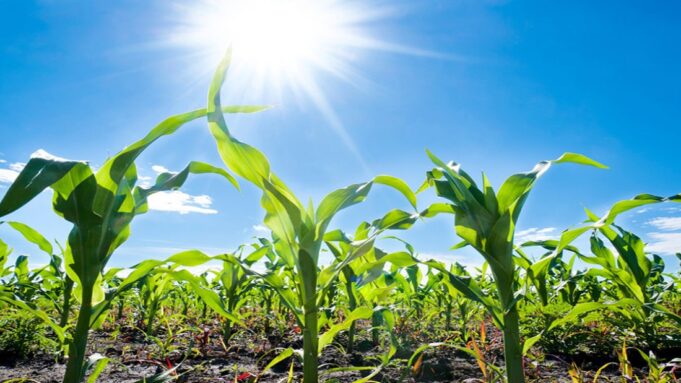 Farmers and other interest groups in Zambia’s agriculture sector, cognisant of the effects of climate change and other crises afflicting the global food system, want to partner with the Government next season in reversing the recurring and  ‘stunting’ productivity in crop output and ensure planned policies are implemented and meet local and export market demands.

The country’s leading farming group-ZNFU and Corteva Agriscience, a United States-based consulting company, offering farmers in the country a comprehensive and diverse portfolio, from crop protection — fungicides, herbicides, insecticides, and seed treatments that protect against weeds, disease, and insects,  says more should be done to reverse the challenges affecting food sufficiency.

The consulting group believes that Zambia’s failure to attain food security over the years and become Africa’s food basket was a serious oversight” which can be redressed if policy and actualisation are in tandem during budget formulation and execution, coupled with consultancy on matters of national food security annually.

Samson Nyendwa,  the Corteva Agriscience country representative in Zambia notes that Zambia’s productivity potential has been underplayed despite the country’s unwavering climatic conditions for growing of maize with potential yields that can equal yields attainable anywhere in the world.

Regrettably, Zambia’s national yield averages as low as 2mt/ha yet the potential of hybrid maize seed varieties released on the market by seed companies and certified by seed control and certification institute (SCCI) has by far greater yield potential.

Had the 2021/2022 agriculture season crop forecast which showed 1,507,441ha of maize area been planted with expected production of 2,706,243mt at average yield of 1.795mt/ha, Zambia would realise enough of its food balance sheet if productivity was increased to the bare minimum hybrid potential averaging 6mt/ha.  The country’s production on the same maize area planted would, if harnessed, be 9,044,646mt  and allow Zambia to export immensely.

He urges the Government to provide workable, durable and lasting initiatives to improve food productivity-amid goodwill from donors and Corteva Agriscience, among other players providing consultancy on the best practices.

While commending Zambia’s proposed review and replacing the Fertiliser Input Support Programme (FISP) with proposed Comprehensive Agriculture Support Programme (CASP),  there is a need to adapt new technological advancements including the much touted Total Food Productivity (TFP) to be conducted and ensure productivity is determined and encourage farmers towards sustained and security of tenure on investment.

“To actualize the benefit of huge government investment in the well-intended ASP, there is a need to adopt one of the most informative measures of agricultural productivity, the total factor productivity (TFP) to be conducted alongside crop forecasts.

This will help determine if total output is growing compared to total inputs. Improvement in agricultural productivity is the primary enabler of agricultural growth that will translate into national food security and economic development.

Commitment by all players-driven by Government’s political will, if coordinated effectively, can become the game change for Zambia’s attainment of global rating as one of the leading producers and exporters of maize.

This will however need the country to apply ecological mandatory requirements if it applies among other initiatives, the technology development and adoption of (hybrid seed variety – Shanga Ubone, consistent and predictable government enabling policies and support and availability of affordable credit and mechanization.

Securing reliable and profitable markets, implementation of performance based agricultural extension services and the farmer education and adoption of best agricultural practices amidst ever-changing climate are also an impetus to the growth of the sector.

An accelerated agriculture productivity growth mindset at all levels of production is undoubtedly the best option for Zambia’s sustainably grow agriculture sector to which without productivity growth, farmers would not thrive and economic development, national food security and general wellbeing of citizens would be affected.

Financing the public order and safety against cattle rustling as budgeted next year should be actualized to act as guarantee on security of tenure of investment by farmers in the sector.

The ZNFU is concerned at the recurring climatic factors that could affect what commodities could be grown in the 2022/23 season and should variety of commodities be grown to suit the weather dictates, the policies in crop marketing be sensitive to the likelihood of the rise in their costs to make returns on investment as they will be done outside the existing FISP.

“”Farmers are truly at a crossroads in terms of what commodities to grow in 2022/23 season. What happened during the soyabeans marketing this year where a unilateral decision was taken by the ministry had discouraged the participation of many buyers in soya beans marketing is lamentable.” Mr. Zimba argued of the decision cost revenue for most farmers that had sought to export for real returns.

However, President Hakainde Hichilema admitted there had been some lapses in the administration of the sector in past years but pledged to streamline all the bureaucratic shortcomings that have dwarfed the sector, raising fear of hunger.

He notes that Zambia’s complacency to exploit export markets has forced Namibia, among other neighbours to import wheat from Ukraine hence the need to support productivity growth.  Namibia, Kenya, Rwanda, Qatar and the Democratic Republic of Congo among several countries.

The President, noticing Zambia’s potential to help others become food secure, says most of these are now asking Zambia to provide food varieties. The funds to be generated would benefit the local farmers hence the call to work together and identify hazards on the road to agriculture sector growth.