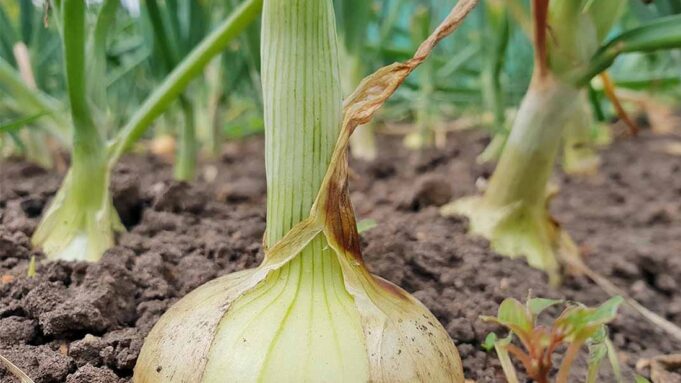 Freshmark, Shoprite’s fresh fruit and vegetable buying section, has been accused of purposefully purchasing and stocking low-quality onions to smear the reputation of local and Zambian onion farmers.

This comes after the Zambian National Farmers Union – ZNFU and the Agro Ministry called for a pause in the issuance of import licences, claiming that the country already has adequate and surplus onions grown locally.

Freshmark Zambia which is responsible for the procurement, buying and distribution of the fresh fruit and veg produce sold through Shoprite stores across the country has been accused of deliberately buying poor quality onions to force the government and ZNFU to rescind its policy decision to stop onion imports mostly from South Africa, which happens to be its home country.

A farmer who spoke to the Zambian Business Times – ZBT but asked for their names to be withheld said Freshmark needs to be investigated for unbridled business practices. Their buying prices are sometimes deliberately low and discouraging such that most local emerging farmers and even Zambian based commercial farmers opt to sell directly into the local markets or even export.

To further investigate these allegations of poor quality onions being locally grown, ZBT engaged the Zambia Fruit and Vegetable Traders Association who confirmed that though its members had previously also engaged in the import of onions, their engagements with ZNFU have revealed that there are enough high-quality onions on the local market.

A further check with commercial onion farmers based in Mkushi shows that the country has serious onion farmers that are currently growing the crop with some of it even being bought by traders from other countries.

One such Agro firm is Mkushi based Touchwood Estates. Its Managing Director and Commercial farmer Williem Grobler told ZBT that Zambia is capable of and is growing high-quality onion as it has the ideal soils to grow very good quality onion for both local consumption and export.

Grobler, whose farm is located in Central Province, grows about 25 hectares of onion per season and produces about one and half thousand tonnes of good quality onions. Other commercial farmers are growing specific quantities of high-quality onions and are ready to rump up production if a relatively consistent ready local market is created.