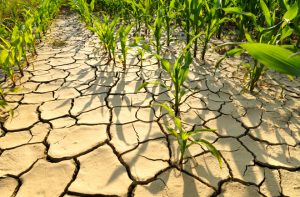 Johannesburg – The drought that has hit key agricultural provinces hard, causing anxiety over food security and the spectre of higher food price increases, has not affected the Land Bank of South Africa’s portfolio.

Speaking at the presentation of the Land Bank’s annual results for the year ended June, chief financial officer Bennie van Rooy said in number terms the bank’s retail portfolio of R2.2 billion had about R350 million of what could be described as at risk and there was no tangible impact on the bank’s books. This he said was because of the fundamental difference in the nature of retail loans granted by the Land Bank as opposed to those of the other commercial banks.

He said the intention of the Land Bank was to always find a solution for the circumstances, whether that be in the form of a restructured loan such as carry-over loans, extending the loan term or changing the nature of the loan account, but the Land Bank had to take proactive steps to understand the specific requirements of each and every loan and try to find solutions that ensured that farming operations continued and they continued to be sustainable, he added.

“In one-on-one interactions with our customers we estimated that R350m would be at this point in time at risk from either being classified as a non-performing loans or where specific attention would be required. It is important to realise that it would not be the intention of the Land Bank to take legal steps,” he said.

Van Rooy was responding to questions on the impact the on-going drought had had on the Land Bank’s lending portfolio to farmers after reports that most provinces were in the grip of devastating drought, which threatened food security and has brought the possibility of higher food prices.

South Africa has for the first time in years taken to importing grain, and just last week maize was imported from Argentina and Zambia.

Lobby group AgriSA said recently it expected crop production and livestock farming to decline by about 30 percent, particularly in the Free State and North West.

Reports were that some farmers had been left unable to service their financial obligations, with some becoming despondent and selling the land, while investment into the new season’s crop had been delayed as farmers assess the viability of continuing under present circumstances.

Van Rooy told journalists that the Land Bank had a customised definition of non-performing loans, which was not really comparable to that of the other banks. He added that it was not the first time the bank had been through a cycle where farmers were exposed to weather conditions that impacted on their ability to repay loans. “In summary, we are aware of all the areas affected. We are aware of the individual farmers that have been affected. There are proactive steps being taken to resolve that,” he said.