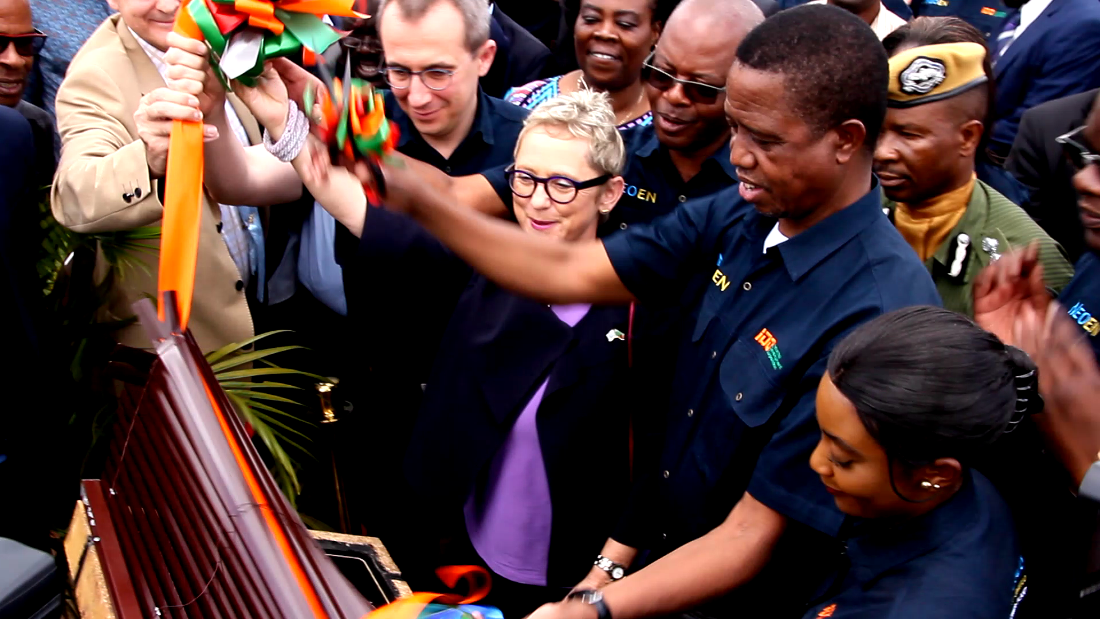 The 54 Megawatts Bangweulu Solar power plant located in South of Lusaka was constructed a cost of US$56 million, the multi economic facility is expected to power approximately 30,000 households.

According to the developers, the Bangweulu solar power plant currently has 453, 000 solar modules and will inject approximately 100 gigawatts of electricity into the national grid annually at a tariff of US60 cents per megawatt hour.

Commissioning the plant, President Lungu applauded the financiers, developers and all stakeholders and directed the Industrial Development Corporation (IDC) to accelerate other renewable energy projects which are in the pipeline.

Lungu also observed the need for ZESCO to co-exist with the private sector in developing the country’s energy sector.

The President further acknowledged that the private sector in the country has shown great interest to invest in power generation.

With the high demand for power local and in the region, Lungu said there is need to leverage the opportunity by attracting more players in the country’s energy sector.

Meanwhile French and US Ambassadors have offered support to Zambia’s venture into renewable energy.