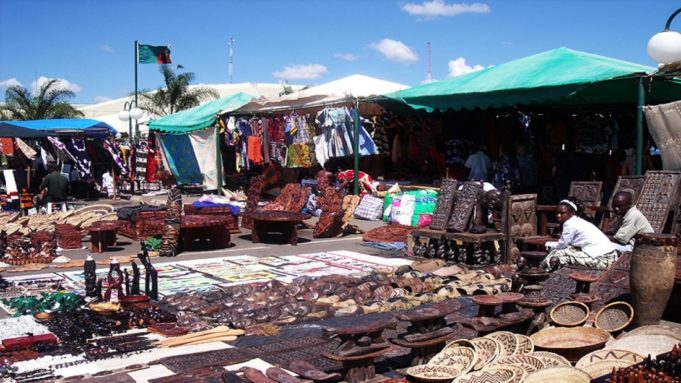 Various Zambian stakeholders are now appreciating the fact the promotion and consumption of local products are good for the growth of the economy.

Zambia has been an import-dependent country for years but slowly this is diminishing as more people are beginning to understand the importance of appreciating local products.

With Zambia’s efforts to promote the consumption of local products is gaining traction across the country, recently, President Edgar Lungu expressed happiness that more local products are being sold in shops and that more people are consuming the products.

“This is patriotism. It is also a clear indication that our ‘Proudly Zambian Campaign’ has taken root,” he said when he addressed the National Assembly on the progress made on the application of the national values and principles.

According to him, 33 companies have so far been certified to use the official “Proudly Zambia” logo, covering 500 product lines, adding that this is a step in the right direction and a mark of quality as well as increasing competitiveness of local products.

The benefits accruing to this national consciousness are evident in the increased consumption of what we produce, he added.

“This is not only creating a ready market for our local producers but also creating employment opportunities for more of our people, particularly the youth,” he said.

Indeed the need to promote the consumption of local products cannot be over-emphasized.

Last week, the government banned the importation of onions and potatoes from outside the country.

Ministry of Agriculture Permanent Secretary Songowayo Zyambo said there is no need to import the two products because the country had enough of them to meet national demand.

He said in a release that the decision was arrived at following consultations with various stakeholders.

Stakeholders have since supported the move as well as encouraged authorities to extend the ban to other products that can easily be produced locally.

Buy Zed, which promotes the buying of local products, has expressed delight at the move to restrict the importation of onions and potatoes.

Evans Ngoma, the founder of Buy Zed says the move will have a positive effect on many players, especially farmers who are now assured of a ready market.

He however said there is a need for farmers to build their capacity to meet the demand.

The Zambia National Farmers Union (ZNFU), a grouping of farmers, has also welcomed the move as this will promote local production of agricultural products.

“ZNFU is confident that producers are capable of expanding production because there are examples where this has happened such as the wheat industry where import substitution has happened,” he said in a release.

He has since urged the ministry responsible for agriculture to be resolute on the policy and not to be swayed, adding that regulation of imported agricultural products should go beyond onions and potatoes.

According to him, the continued importation of certain agricultural products hurts the country’s economy.

The need to produce local products is not new in Zambia and has been a focus of discussion for many years although the realization of the move has been slow.

In 2004, the Ministry of Commerce, Trade and Industry launched the “Proudly Zambian Campaign” which seeks to spur job creation and economic development through the promotion of production and consumption of high-quality Zambian products.

The campaign entails that products under it have an official logo as a mark of quality assurance and national pride.

The campaign recognises that consumers want to buy goods of high standard and quality hence all products under the campaign are subjected to a vetting process to ensure the highest standard.

Indeed the appreciation of local products is now becoming a buzzword all over the country. Countries are now realising the importance of promoting local products despite the globalisation agenda and Zambia is no exception.