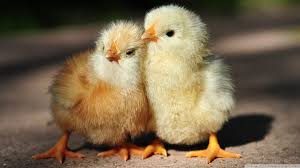 Long hours of electricity load shedding coupled with increased fuel prices are likely to have a negative impact on the poultry industry. The poultry industry which has already suffered increased input costs over the last six months is expected to suffer even more if the current conditions persist.
While industry players are making efforts of investing in alternative sources of power such as the use of generators, the increased fuel prices make this alternative even more costly. As is always the case when input costs rise, players in the industry may watch rising fuel costs diminish their overall profit margin or may transfer this cost to Consumers which will lead to an overall increase in the cost of poultry products.
Small scale poultry growers are the most vulnerable in the industry because most of them cannot afford alternative sources of power. Due to this, power outages are expected to lead to losses especially during the first days where brooding and lighting are critical for poultry growing.

According to industry sources, the price of poultry stock feeds is expected to rise further in the next few days. This is after an estimated 11% price increase experienced during the first quarter and second quarter of the year. While the economic losses that the industry is facing cannot be quantified, it is certain that most players in the sector are finding it difficult to operate at desired operational capacity.