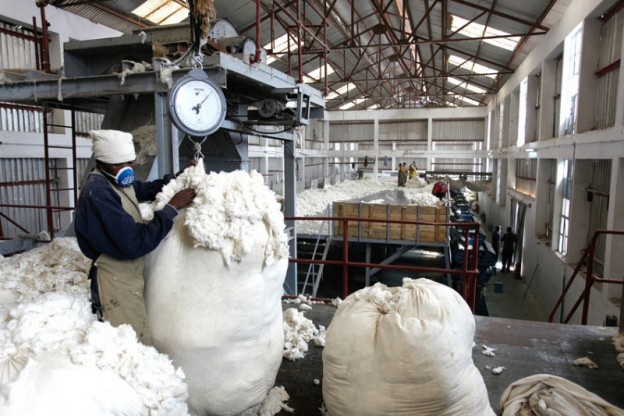 China-Africa Cotton Limited has expressed interest in revamping operations at the defunct Zambia China Mulungushi Textiles (ZCMT), where the company intends to process an annual 40,000 tonnes of cotton it grows in Eastern Province.

So far, the company has invested in Zambia, Zimbabwe and Algeria, where it produces 40,000 tonnes of cotton per year from the 90,000 smallholder farmers it has engaged under out-grower schemes in Chipata.

The Kabwe plant has a ginnery, spinning, weaving and processing factories.

“Our discussions with them in this regard have advanced. China-Africa Cotton want to operationalise the plant [which is installed with almost every equipment required to process cotton into finished products] since they produce a lot of cotton in Zambia, Zimbabwe and Algeria.”

“We are looking at the best models of revamping the textile plant, and we want to lease it to them once negotiations are completed. The operations at the plant are labour intensive and this will result in job creation,” he said.

On how much China-Africa Cotton has pledged to invest, Mr Chisanga said: “Of course, they have pledged some huge amounts of money, which can be premature if I announce the figures right now…These guys [China-Africa Cotton] are serious and we want to engage them to create jobs.”

But ZDA insists that it has no record of the previous investor, Mohammed Enterprises Tanzania Limited, who was allegedly given the plant on lease in 2014 to revive the plant.

“We have no record of them, probably they could have pulled out…,” Mr Chisanga said.