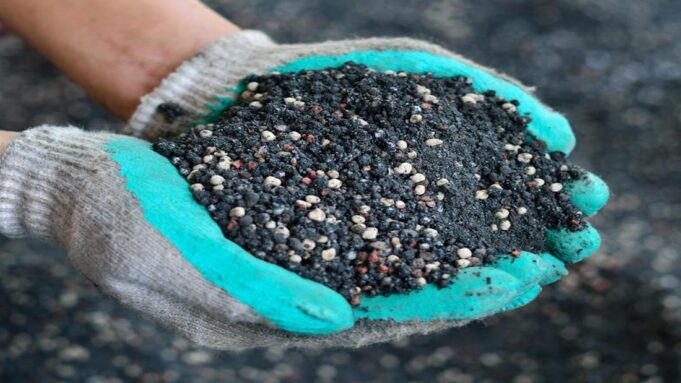 Following the sharp increase in commodity prices on global markets as a result of the Russia-Ukraine conflict as well as supply issues from Asia, the need to revamp and even drive the opening of more local and privately owned fertilizer manufacturing factories in Zambia has become even more pressing.

Green Mbozi, Permanent Secretary of the Ministry of Agriculture, says the Nitrogen Chemicals of Zambia – NCZ plant in Kafue needs to be rehabilitated and revamped in order for the company to enhance its production capacity and satisfy national demand.

Mbozi said NCZ has indicated that it can produce up to 50, 000 metric tonnes of D Compound adding that going forward the company can increase their capacity if they are given additional funding for rehabilitation.

Mbozi said it is the government’s plan to have NCZ produce as much D compound as possible as well as ammonium nitrate in the near future noting that it is safer to have domestic producers providing fertilizer considering the high prices of the commodity on the international market.

“Issues have to do with their capacity constraints, their plant needs to be rehabilitated, it may not have been rehabilitated over a long time, so this year they have indicated that they can produce up to 50, 000 metric tonnes probably going forward they can increase their capacity”, he said.

“We have a new government but the issue of capacity constraints were found, in the past NCZ was only given a total of 10, 000 metric tonnes to supply and the UPND gave them an additional 13, 000 to supply. This year we have given them up to 50,000 which is an increment, any increment has to be gradual, we don’t want to give to NCZ what they may not be able to produce, we are taking a step by step approach”, he said.

And Nitrogen Chemicals of Zambia-NCZ Sales and Marketing Manager Cleopatra Chanda noted that NCZ will be able to produce over 50, 000 metric tonnes of D Compound for the year 2022 adding that the company wishes to start operating at full capacity in the near future.

Last year 2021, then IDC Group CEO Mateyo Kaluba confirmed that the total amount of K638 million was invested into NCZ for working capital support for the local production of fertilizer to enable the company consistently supply the commodity to the market, while K45.6 million would enable the procurement of a fertilizer blending plant.  See full article on this link IDC invests K640m into NCZ

As a country, Zambia seems to be taking a merry-go-round. When one looks at the reasons behind the set up of NCZ, it was precisely to secure local supply as fertilizer is a strategic commodity that is key to food security. But the country let it deteriorate and opted to import due to what some analysts say was motivated by graft and foreign interest that wanted to take over the supply business.

Today, the country is back to square one, in trying to rehabilitate and revamp NCZ as well as attract foreign direct investment to set up local fertilizer factories that can secure supply as well as help cut down the cost of the final prices to farmers.